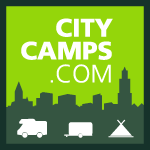 Campsites with the city within reach!

Oldest city of the Netherlands

The oldest city of the Netherlands is during the entire year an excellent meeting point. Situated at a ridge at the shore of the Waal, Nijmegen is already for years an attractive place for people to visit. Nijmegen is known by young and old as a beautiful and cozy city.

City from the past and present

Nijmegen has a long history, from the Roman era around the year o until the Waalsprong around 2000. A history with heights and lows, like the reduction by prince Maurits in 1591, the demolition of the fortress in 1874 and the bombing in February 1944. Essential for the city are the many buildings and street patterns who remind over 2000 years of history. They give Nijmegen her own character: from oldest city of the Netherlands until modern city at the Waal. A city where past and present blend in.

Visitors love the city centre. There are lots of shops, and modern shopping malls and cozy little shops. Nijmegen is also famous for it’s many terraces. During summer every plaza is turned into a terrace. The Waalkade with its futuristic quay, the modern casino, the grand cafés and restaurants and of course the interesting view at passing ships give the centre that extra sparkle. But also cultural Nijmegen has lots to offer. You will find a large variety of theaters, cinemas podia and museums. For cyclists and hikers the surroundings of Nijmegen are very nice.